I’m beyond grateful for the chance to enjoy living alongside Mexico for the last 19 beautiful years.  Living in San Diego for close to a decade, Mexico became that familiar neighbor,  that’s so closely intertwined into your community.  It may seem rather odd that a gal from my Lancaster, Pennsylvanian (Amish country) would have such a connection and love for Mexico.  Having only studied French, oddly enough, I’ve always had a deep connection to Latin cultures and was thrilled for the opportunity to learn more about my neighboring . For over 6 years, I headed up marketing and partnerships for a shopping center that drew in a very large, consistent and loyal Mexican National shopper.   I’ve built multiple homes for families in Tijuana and Tecate- days that (still to this day) are some of my most amazing days of my life.  Then, having had the chance to work across the border I expanded my reach beyond TJ and Baja, to Guadalajara, Monterrey and Mexico City.  Now that some of my closest friends were either born in or are Mexican, it was time for me to get to know Mexico.  Beyond the border and above the sea.  The heart of Mexico.  Mexico City.

Working with and spending time with all my friends from TJ, it quickly became a joke (that apparently seemed to stick) was that I was their honorary Latina.  Although I’ve traveled to many places within Mexico, I was beyond eager to really dive into Mexico City.  Quite literally, since Mexico City sits upon it’s original watery roots.  It’s been built upon the sea.  And thus the reason you will notice many sidewalks even structures set unevenly along your path.  Though this city offers endless history and connections to it’s long standing past.  This city has seen it’s share of tragedy.  And yet the history offers something phenomenal.  An energy that’s hard to explain. And that’s not just near the mystical pyramids- yet often throughout this place.  From the ruins, to the museum district, set within a gorgeous green-for-days park- there’s boundless offerings within the city.  As for dining you can enjoy the simple pleasures of street taco’s to the gourmet and delectable food offerings in some of the trendy hot spots of Polanco, Condesa and Roma.  However, as luck would have it…and as a true Francophile, I ended up staying on the Champs Elysees in Polanco.  (Apparently, even in Mexico I can’t help but be drawn to most things Parisian!)  Though this is Not Paris…This is Mexico City…with plenty to taste, see, hear and explore.  Here’s a list for starters:

Teotihuacan Pyramids–  Barrio de la Purificacion, San Juan Teotihuacán, State of Mexico, Mexico
A Must see and UNESCO World Heritage Site, be sure to make Teotihuacan a priority for your visit to Mexico City. An abandoned city with pyramids and temples as far as the eye can see.  (And of course, the views from the top of the pyramids aren’t too shabby either- as they offer miles of endless views)  Not to mention, the energy is simply incredible.  You could sense the energy and the differences between the sun and moon pyramid.  One was ‘light and fluffy'(sun)- the other pyramid was more dark and ominous (moon).  While on top of the Sun pyramid, there were butterflies all around, children laughing, overall just a great vibe.  However, on the moon pyramid (which is known to have played host for sacrifices.  Fascinating to see and experience the difference between the two.  As for a visit to the pyramids-  I’d highly suggest a morning arrival during the warm months (most of the year) as it gets rather toasty out there…especially while climbing up and down pyramids for most of your visit.

La Gruta– Circuito Arqueologico, San Francisco Mazapa, 55820 San Juan Teotihuacán, MEX, Mexico
Have you ever dreamed of dining in a Cave?  Even if not, the answer is still YES.  Just a quick drive out of the pyramids to a real deal, gorgeous…and might I add romantic restaurant that resides within a cave.  Day or night, this cave is candlelit and inviting.  In fact, before exiting the cave one is to light a candle as they embark on……..
Even Travel & Leisure makes note of this special place:
http://www.travelandleisure.com/food-drink/restaurants/mexico-city-cave-restaurant

Chapultepec Castle– a beautiful castle, turned museum that resides on the top of the hill upon Chapultepec Park.  (A park that offers a beautiful park experience, in addition to endless museums and culture gathered in this stunning retreat within the city.

National Museum of Anthropology (Museo Nacional de Antropologia)-
Avenida Paseo de la Reforma | Chapultepec Polanco, Mexico City 11560, Mexico
Far and away one of the best natural history museums across the globe.  Be sure to allow ample time as there is much to discover and explore within!

and…as if this even needs to be said:  OBVIOUSLY, there are plenty of amazing eats around this city.  From street tacos in what looks to be a drive through parking lot- that will blow your mind, to the culinary masterpieces found all over this fabulous city.  Mexico City is sure to satiate your senses with its cuisine and beyond…….. 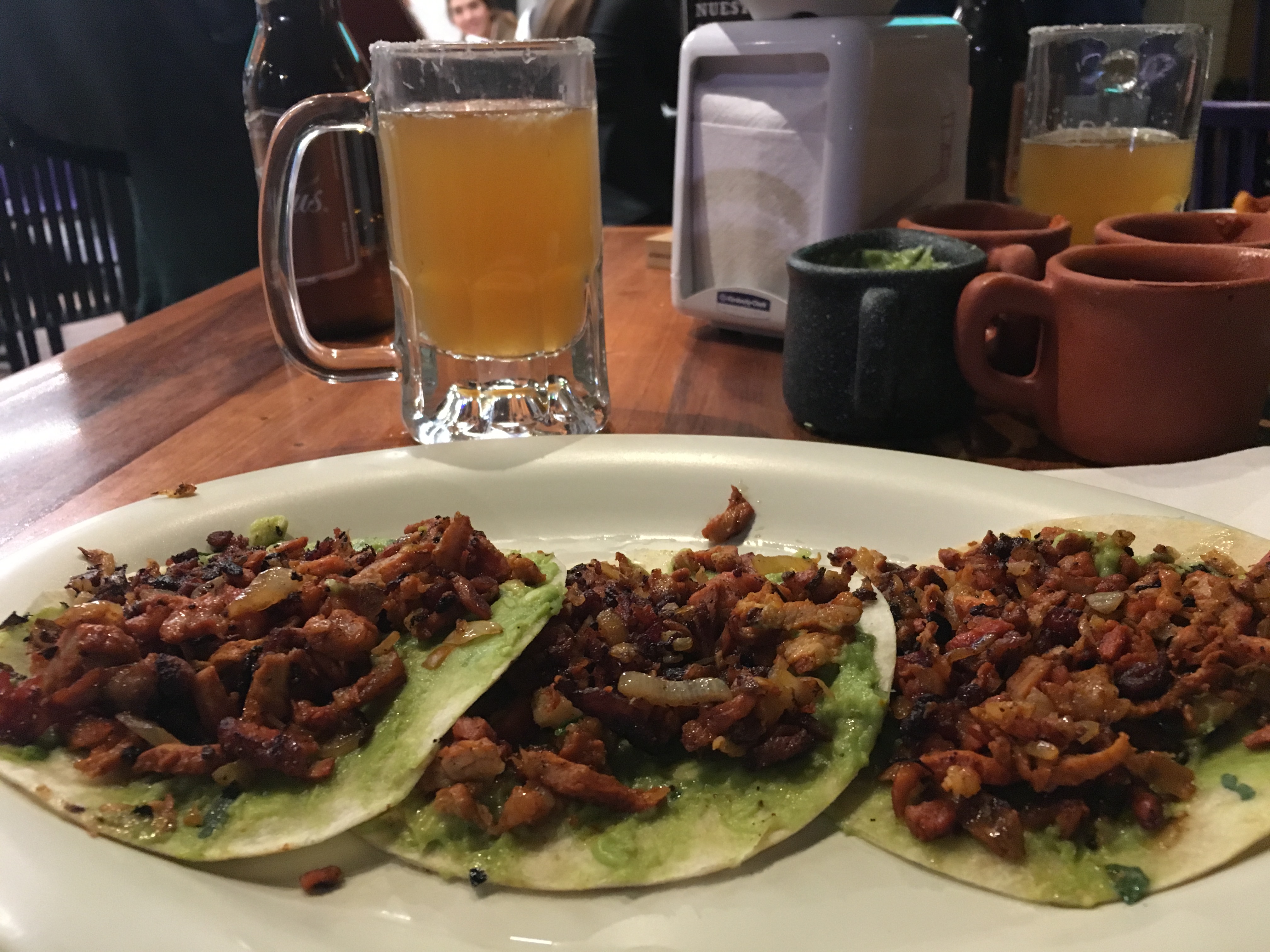 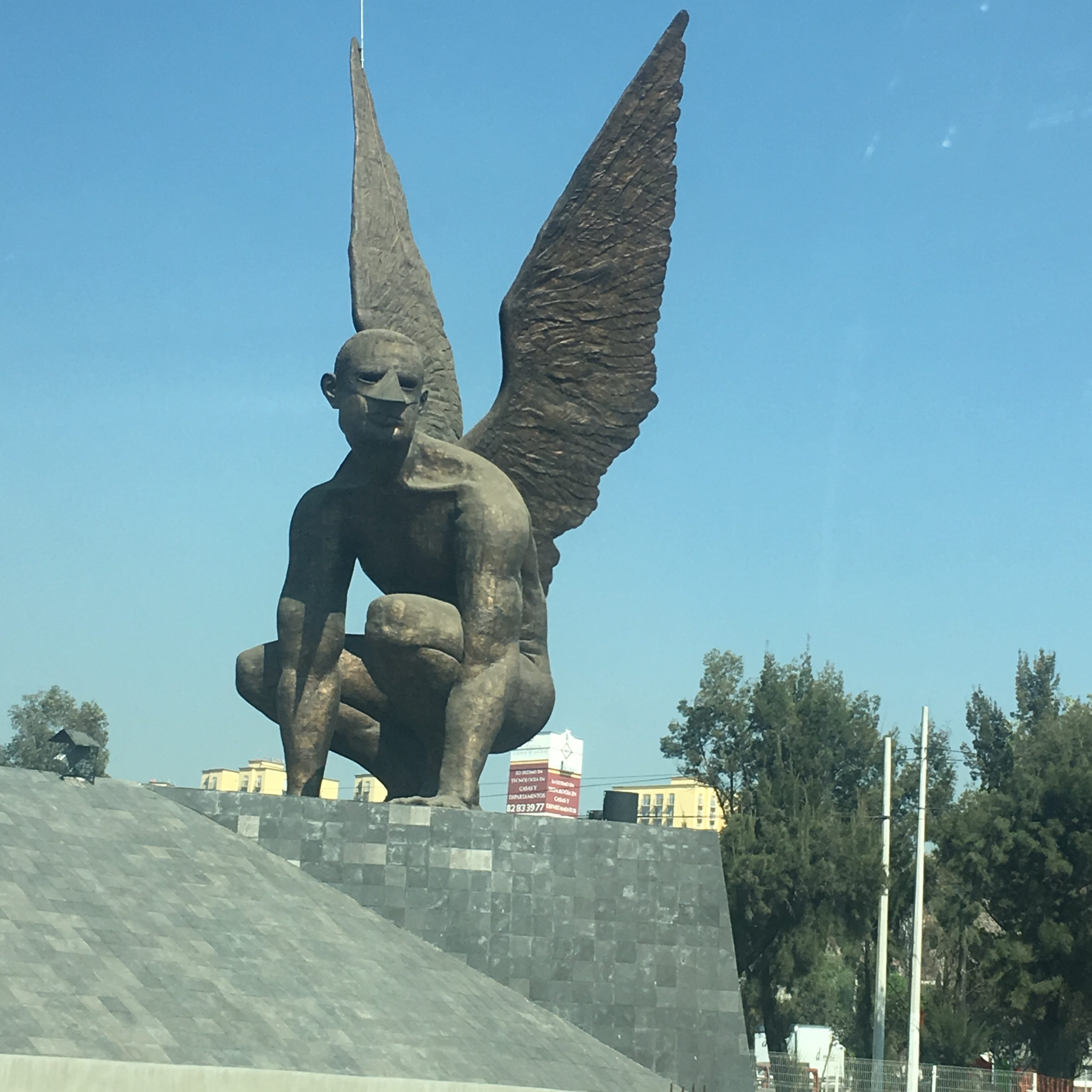 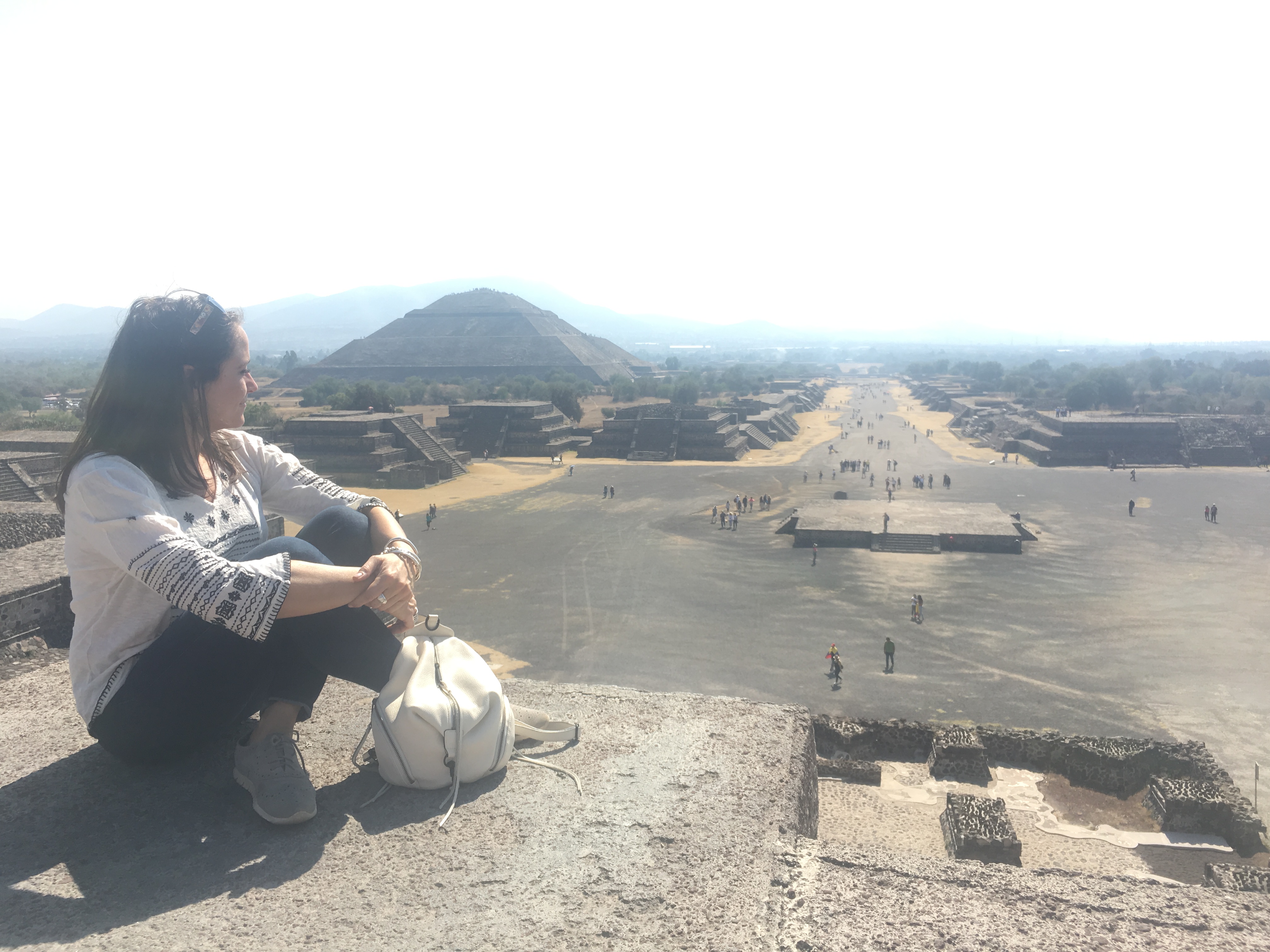 A view from the top.  Moon pyramid. 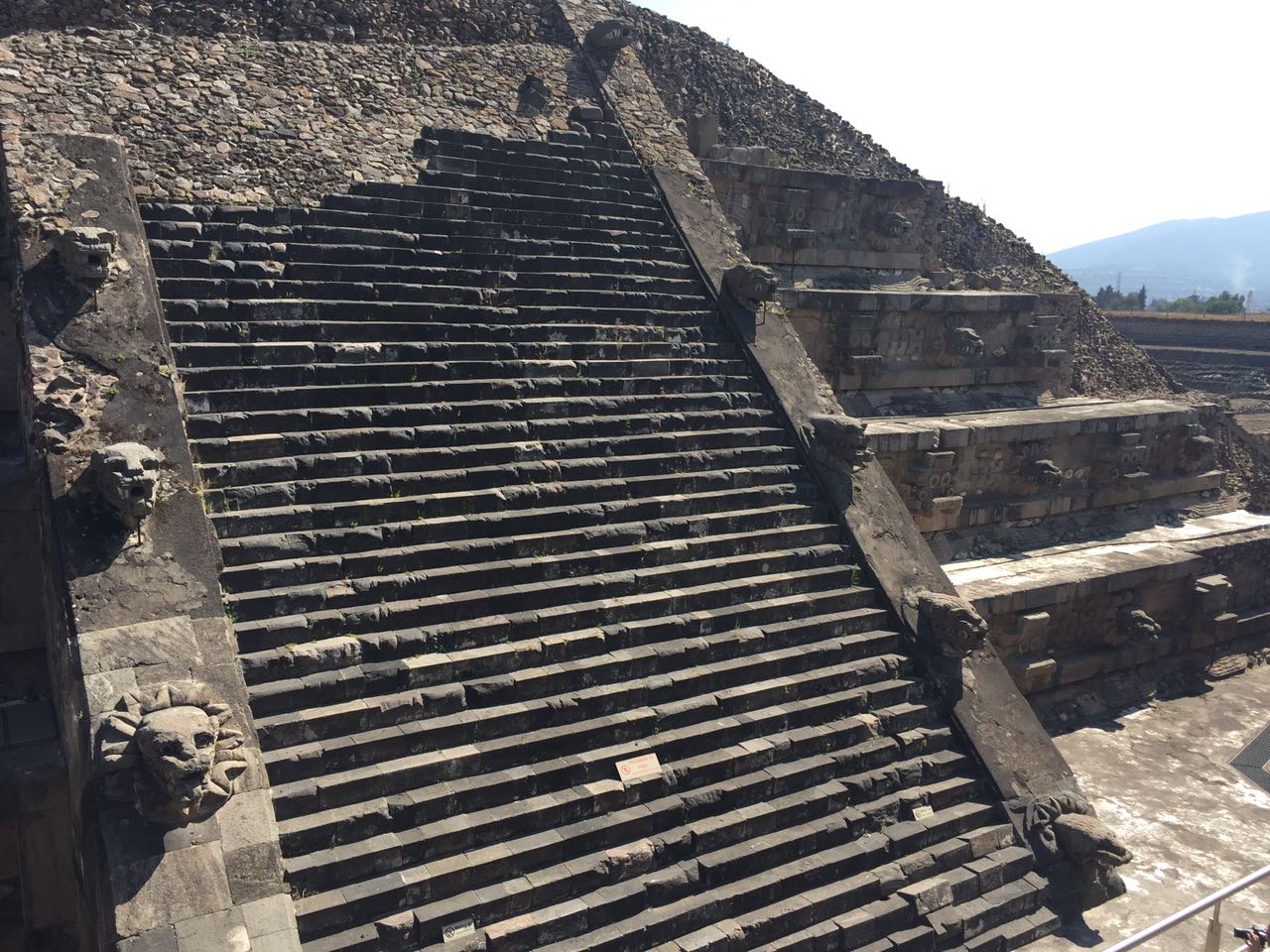 Just a teaser of the pyramids.  Go for yourself and see! 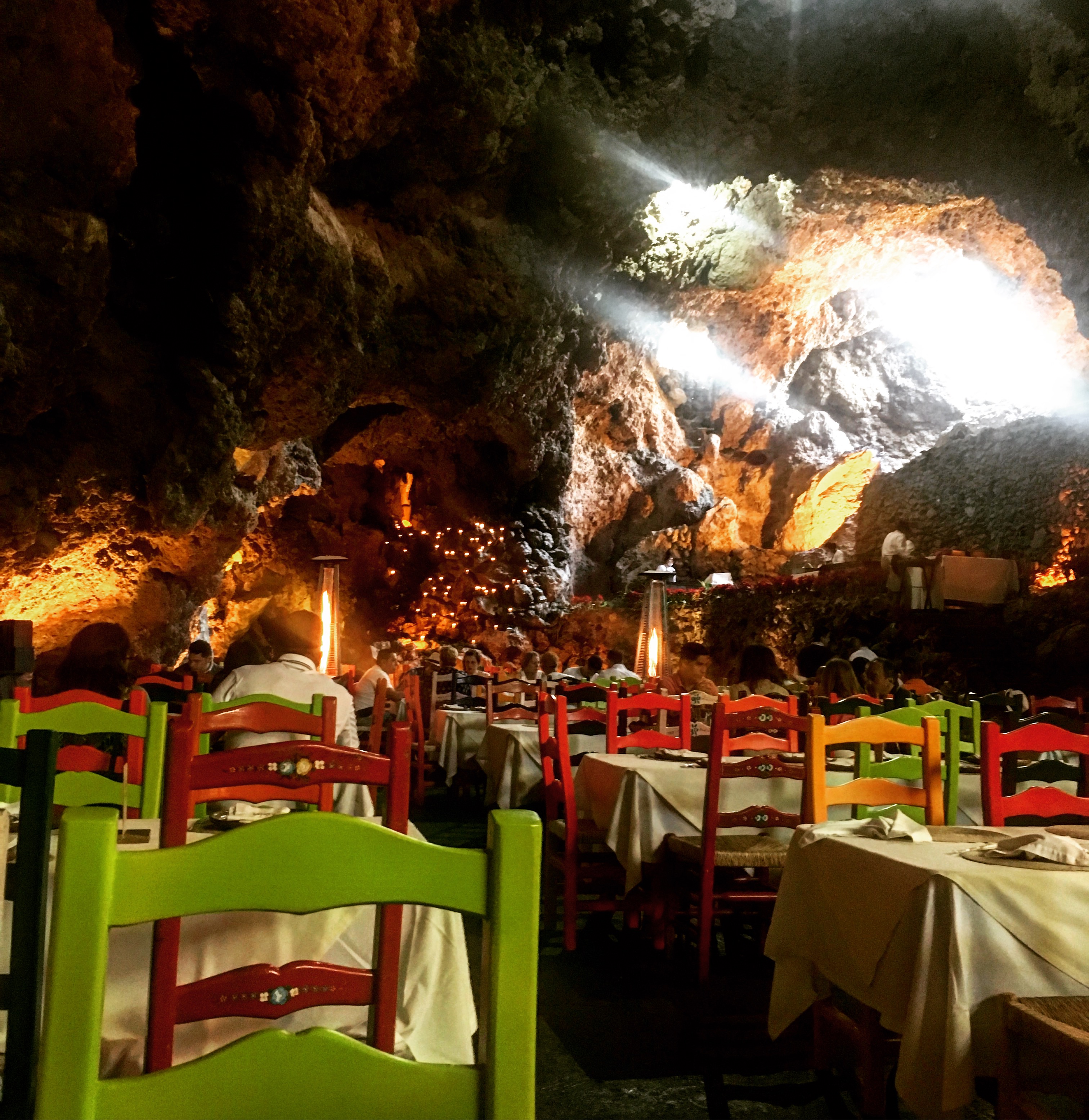 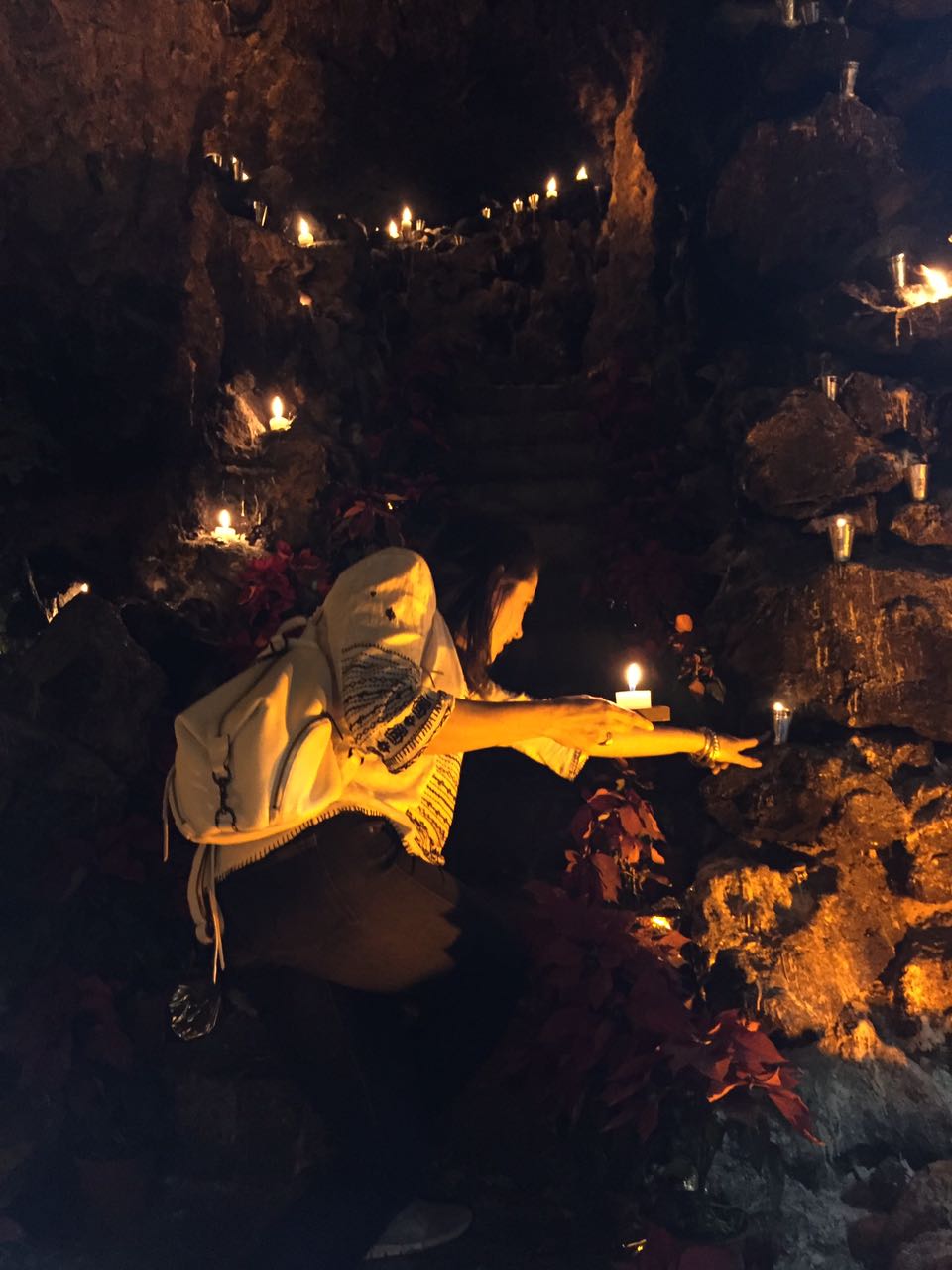 Learning the Hustle in Marrakesh